HEARTICORN BRASS BAND
aBOUT US
Hearticorn Brass Band is a community activist street band of women and/or trans people. Based in Eugene, Oregon, Hearticorn enhances political actions and other community events with danceable tunes old and new, familiar and obscure. We play disco, cumbia, shuffle, R&B, and lots of other liberating grooves that make you want to stomp your feet and sing along with the choruses!

We're continually accepting new members. Please get in touch if you're interested in joining. 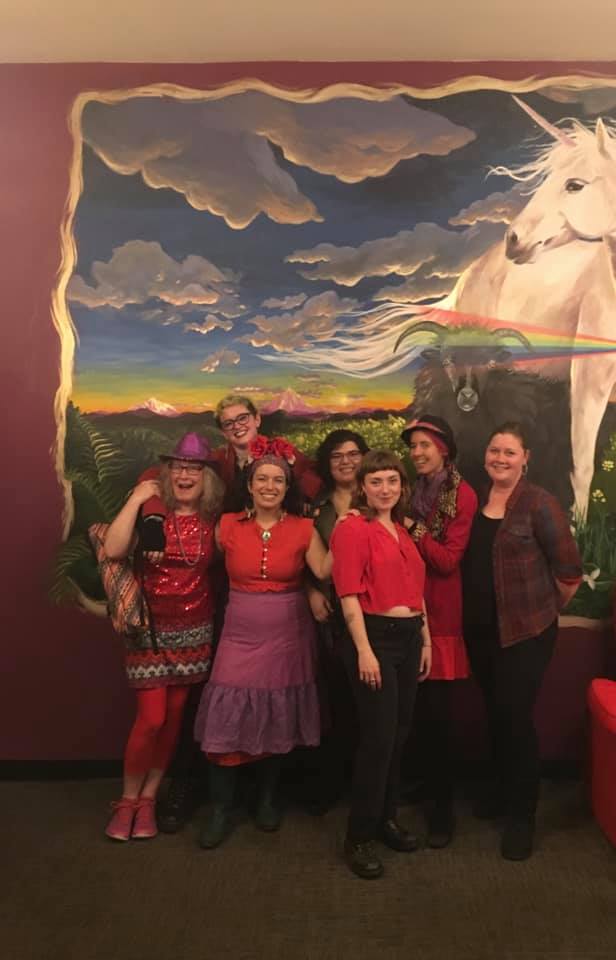 "Music and dance provided this radical redefinition of street protest not only with a powerful tool to practically dissolve or détour police violence. But also with the strongest possible image (and soundtrack) to realise how street demonstrations can become the unleashing of body’s desires in the moment of protest itself." -- Rhythms of Resistance